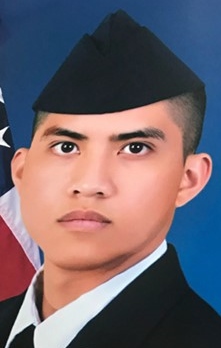 The body of Elijah Posana was found by his father on the beach on Tuesday, 4 May 2021.

Elijah Posana, a United States Air Force airman, was swimming approximately 100-feet from shore on Surfside Beach near Freeport, Texas when someone reported seeing him being pulled by a rip current.

"My two younger siblings, they are younger than 15, and they are not very good swimmers. They were both drowning,” Elijah's cousin Ethan Posana said.

Ethan swam over and Elijah turned back to join him. Together they pushed the younger kids to safety.

Ethan said Elijah wasn’t in the rip current at that time.

"He wasn’t in no rip current yet. He came back to help,” he said.

“When we were in the rip tide, everyone else was panicking except Elijah.  He said, ‘To get out of a rip current, don’t swim forward, you have to swim to the sides,’” Ethan said.

The United States Coast Guard has decided to suspend the search for a man who was last seen swimming at Surfside Beach on Sunday after searching over 100 square miles. "The decision to suspend a search is always an extremely difficult one to make," said Capt. Jason Smith, Sector Houston-Galveston commanding officer. "Every time we run a search and rescue case, we think of the missing as our own and in this case, the missing is a fellow service member which definitely weighs heavily on our hearts. Our deepest condolences go out to the Airman's family and friends."