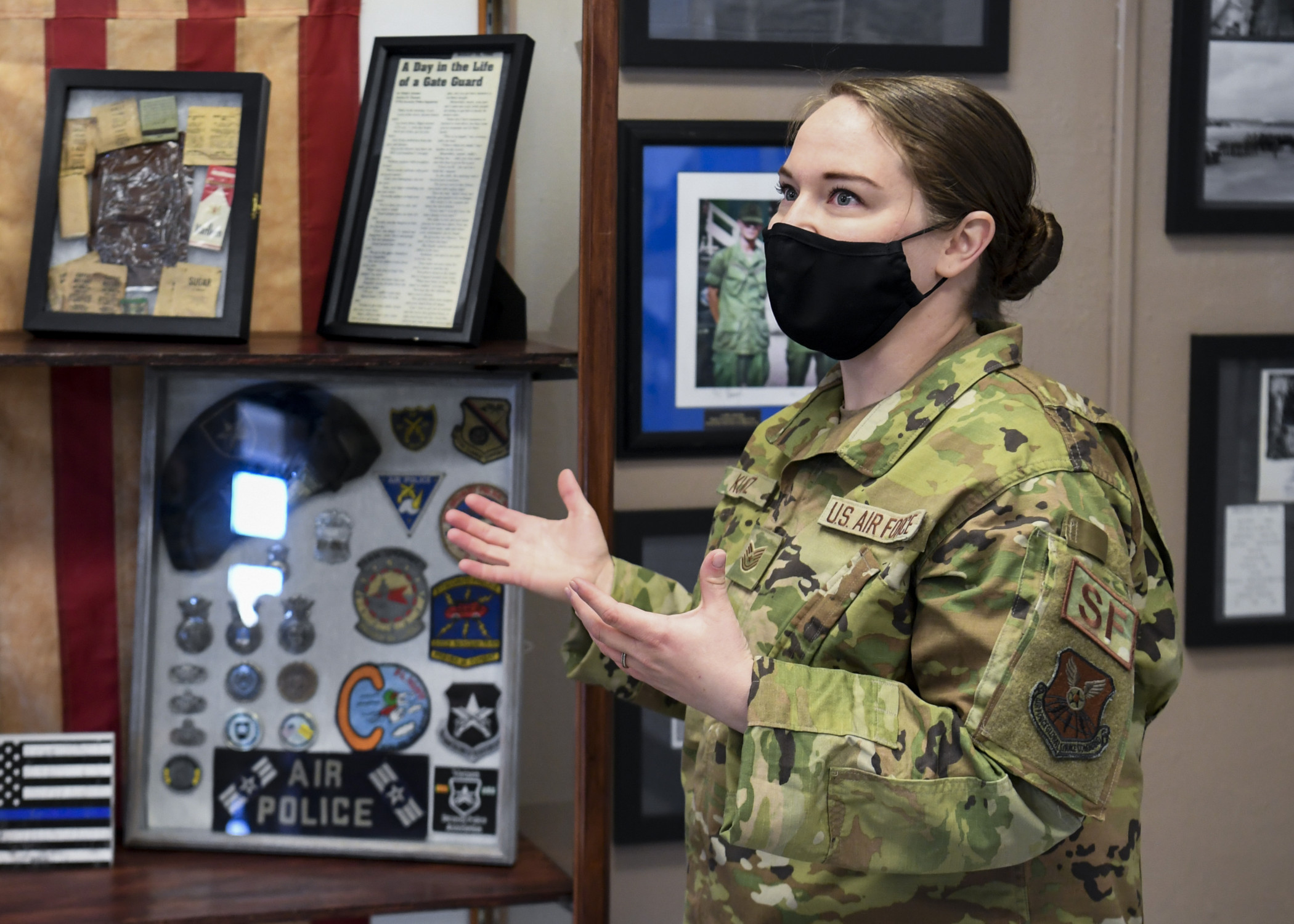 The Heritage Room, which has been used since 1966 by defenders for guard mount, was updated with historical pieces and pictures to tell their story.

“When Airmen arrive in a new unit, they usually arrive with the mentality of learning to complete the mission and rarely get the opportunity to learn about, much less see, the history of the unit they are assigned,” said U.S. Air Force Tech. Sgt. Ashley A. Kurtz, 377th SFG flight chief. “Airmen assigned to the 377th SFG are given a rare opportunity to view items on display [that were] worn and utilized by defenders once assigned to Kirtland Air Force Base.”

Kurtz, who was part of the team responsible for the idea and completion of the renovations, said that it was inspiring to see, read and understand the accomplishments of the defenders that came before her.

The updates to the heritage room include newly painted walls, display cases showcasing an MRE accessory packet and uniform items worn by a defender during the Vietnam War, newspaper articles, vinyl photographs and a photographic timeline of the unit's history. 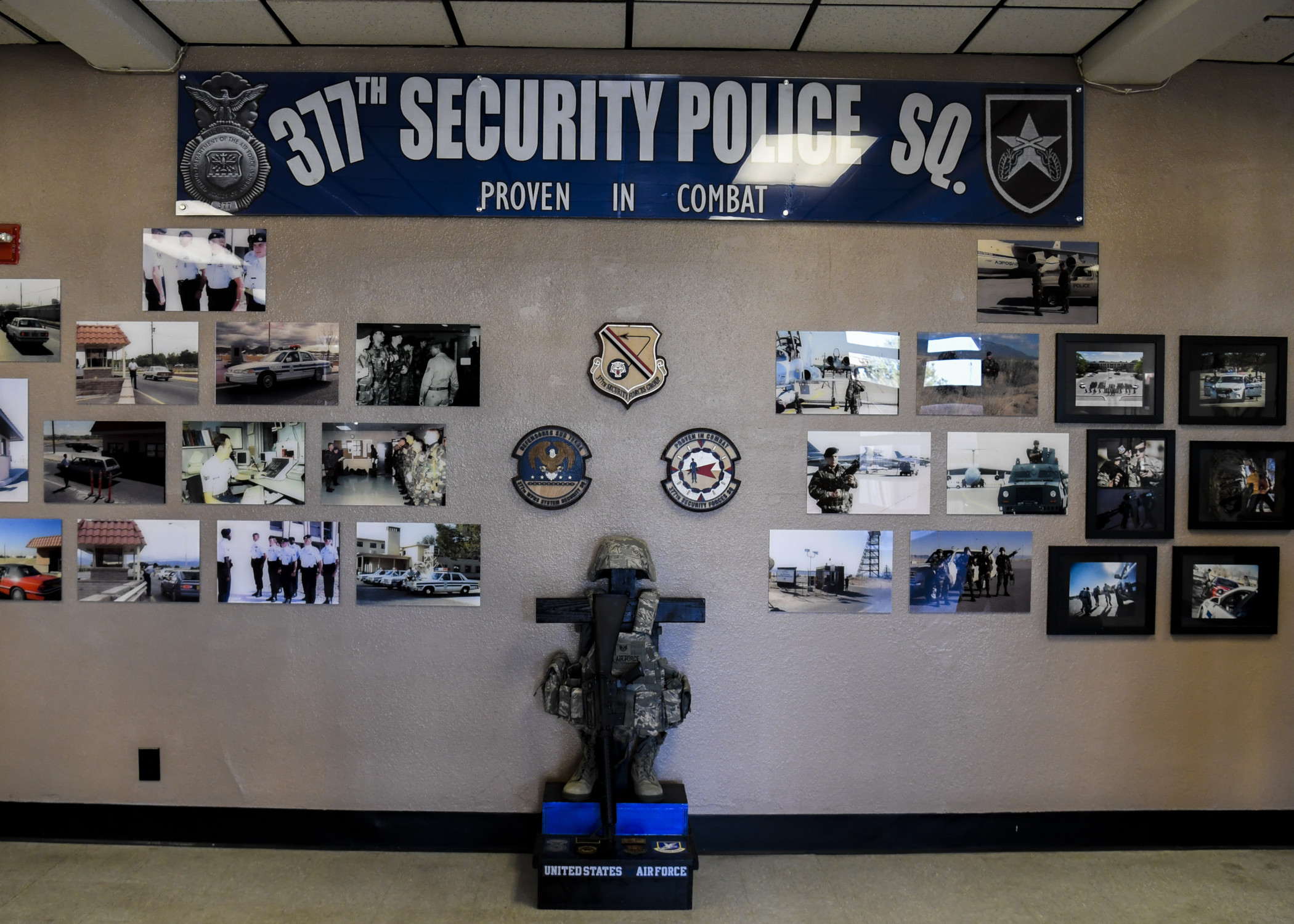 McCoy said that the Heritage Room allows future defenders to see where their legacy comes from and to see why they do what they do.

“Our story in the 377th SFG will now endure for many, many years to come,” said McCoy.

With the Heritage Room finished, the bunker will now undergo renovations that will be revealed at a later date.