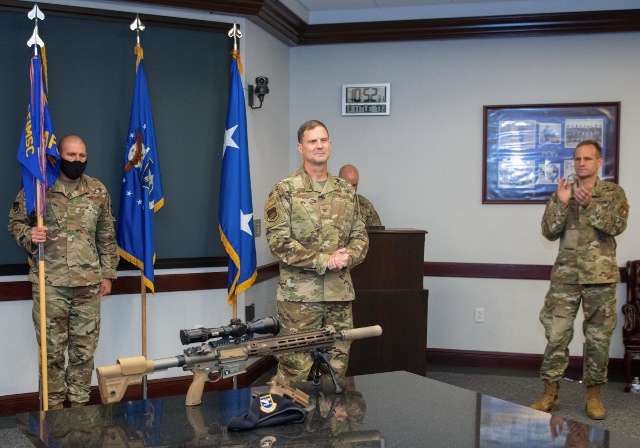 Guill becomes the center’s third commander since it became a primary subordinate unit under the Air Force Installation and Mission Support Center in 2015. He takes over from Col. Brian Greenroad, who retires Aug. 14 after a 28-year Air Force career. Guill previously served as director of the Air Force Profession of Arms Center of Excellence at Air University, Maxwell Air Force Base, Alabama.

“We are getting a tried and true warrior in Aaron,” Wilcox said. “He has proven himself across the Air Force multiple times and I am absolutely looking forward to where he is going to lead the center over the next two, three, four years.”