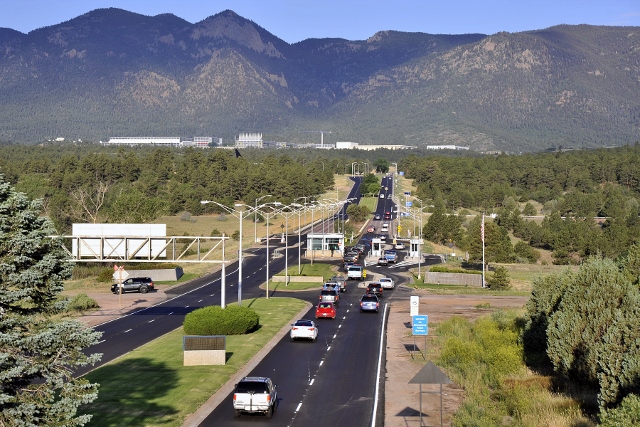 U.S. AIR FORCE ACADEMY, Colo. -- Newly installed license plate readers at the Air Force Academy are scanning the plates of every vehicle entering the base today through the north and south gates.

A patrol vehicle used by the 10th Security Forces Squadron, the base’s law enforcement unit, has also been fitted with a license plate reader.

“License plate readers check the plates of all vehicles entering the installation against national and local law enforcement databases and registries,” said Col. Marcus Corbett, commander of the 10th SFS. “They offer us an opportunity to leverage technology to provide early detection of potential threats.”

The readers indicate if a vehicle is stolen, involved in an “Amber Alert,” if the driver is a wanted person, or other violations and concerns.

Peterson Air Force Base was the first military installation in the Colorado Springs area to install the readers.

“Although not mandated by the Defense Department or the Air Force, license plate readers have been successfully used by civilian law enforcement officers to curtail crime,” said Capt. Moses Lee, the 10th SFS operations officer. “They’re just another terrific tool for keeping our community safe.”

“The technology is fast so we don’t expect delays at the gates to be a regular occurrence,” he said.