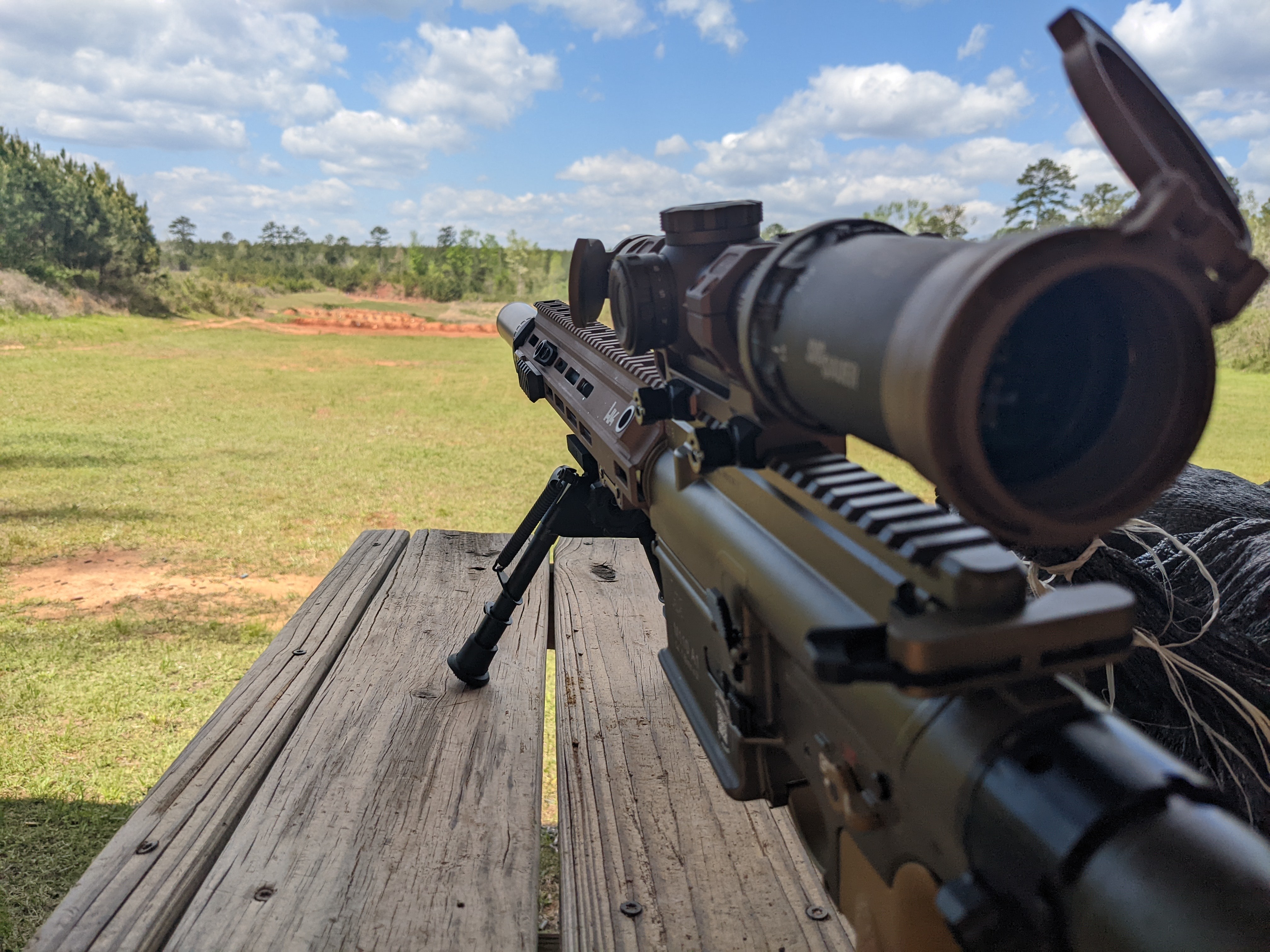 The Squad Designated Marksmanship Rifle is tested on a range at Robins Air Force Base, Ga., April 13, 2022. The SDMR is a semi-automatic, 7.62x51mm caliber rifle designed by Heckler & Koch for missions requiring combat over-watch with precision-fire capability to accurately engage targets up to 600 meters. (U.S. Air Force photo by Shaun Ferguson)

The Air Force Life Cycle Management Center’s Small Arms Program Office is in the final phase of delivering the Squad Designated Marksmanship Rifle, or SDMR, to units across the Air Force.

The Air Force purchased approximately 1,464 SDMRs that will be distributed across the service based on approved allowances.

The SDMR is a semi-automatic, 7.62x51mm caliber rifle designed by Heckler & Koch for missions requiring combat over-watch with precision-fire capability to accurately engage targets up to 600 meters.

The SDMR was fielded to Air Force units this year. It is a multi-role asset, set to meet multiple missions taking place around the world. 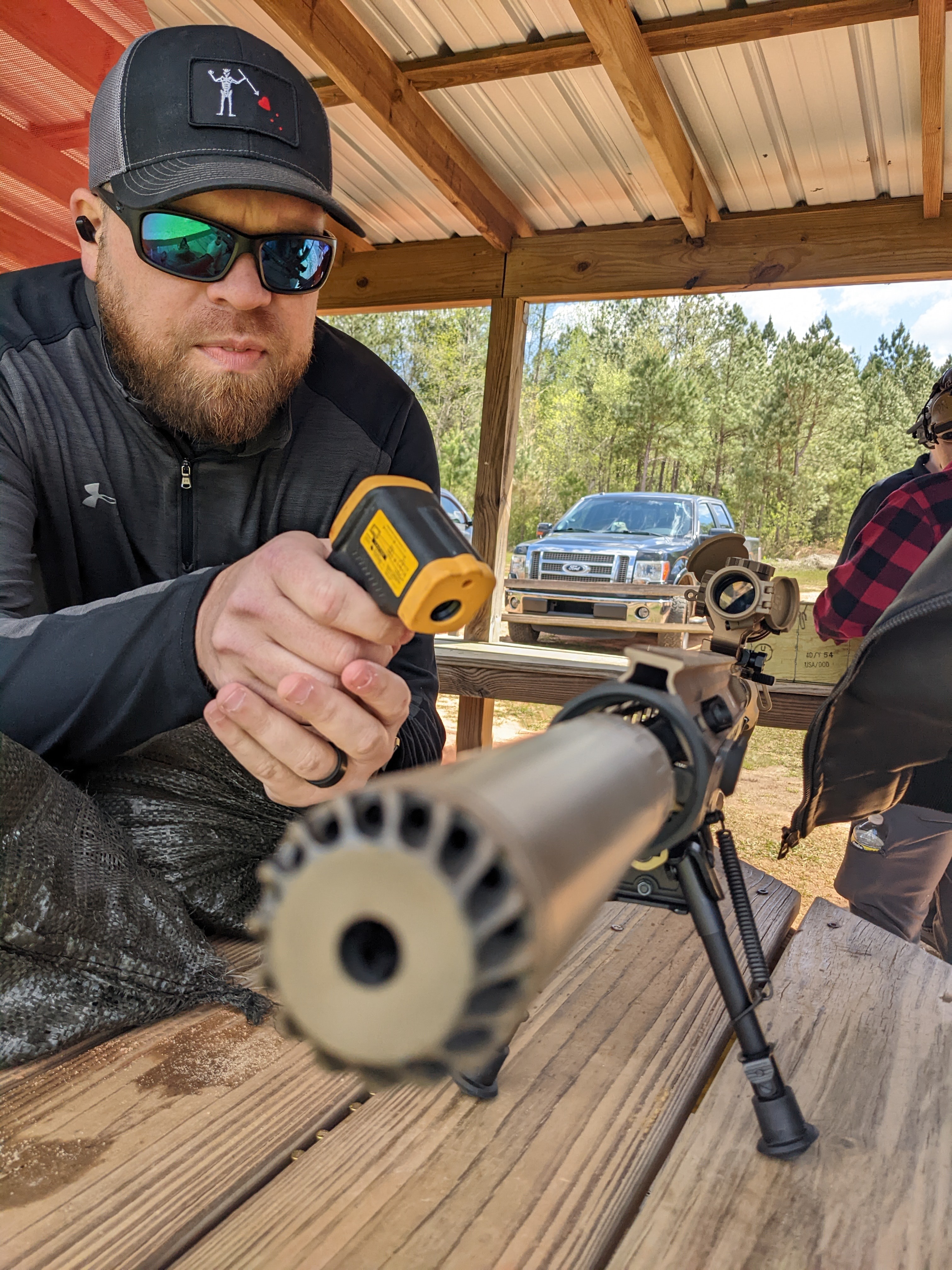 Michael Hart, the lead Small Arms Engineer is checking the Squad Designated Marksmanship Rifle's suppressor (often referred to as a “can”) external temperature after firing an Army basic combat load of 120 rounds.  Cans get hot the more rounds and the faster you shoot through them.  Michael checked the external and internal temps after each series of rounds.  (U.S. Air Force photo/Shaun Ferguson)

SDMR is lighter weight in comparison to other 7.62 platforms and will also replace the M110 Semi-Automatic Sniper Systems rifle for pararescuemen and Guardian Angels, saving them 5 pounds in gear while out on missions.