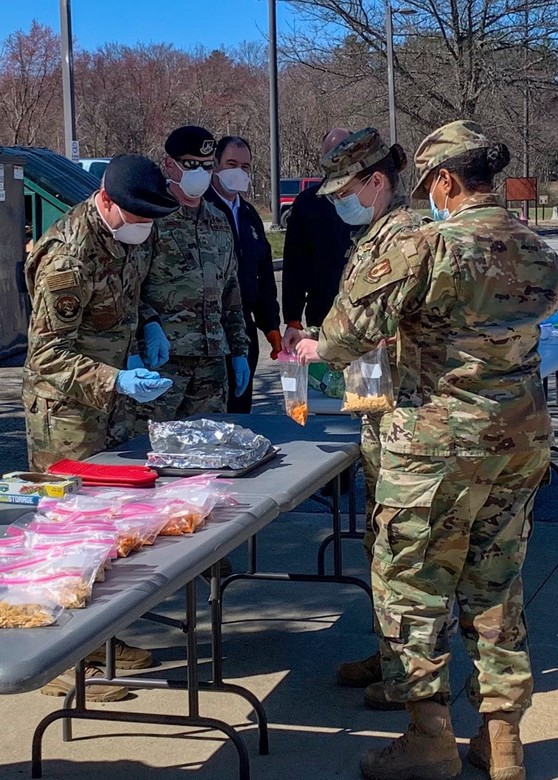 The event recognized the hard work members of the 66 MDS have been putting in during COVID-19 response operations.

“We’ve all seen how hard they’ve been working and wanted to do something to really share our gratitude with the medical team,” said Maj. Shane Watts, 66 SFS commander.

“Of course we spread ourselves out, and we all had our masks and gloves,” said Master Sgt. Ryan Francois, 66 SFS first sergeant. “The lunch was the best we could think of to show them how much we appreciate them while following the right protocols.”

Members of the three units are no strangers to essential operations, and the small gesture of appreciation between first responders made an impact on the medical staff.

“It was such a huge morale booster,” said Tech. Sgt. Yesenia Benjamin, 66 MDS noncommissioned officer in charge of Public Health Element. “It was such a great sense of community and support.”

Watts said that keeping the morale and spirits of his Airmen and wingmen high in the current state of global impact is more important than ever.

“In a time that requires such drastic posturing, there are some that need to make additional sacrifices,” he said. “We want to assure our medical team that their hard work is not going unnoticed.”